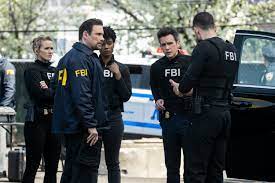 I can't help it.  Whenever I see Merrick Garland, I see the ghost of J. Edgar Hoover.  When I see those earnest FBI agents in their black suits and tiny ties explaining it all on TV, I think of those same agents roaming the Chicago Stadium, snapping our pictures as we listened to Martin Luther King.

Trump walked away with nuclear secrets.  Just like the Rosenbergs, right?

Lori Lightfoot is Mayor.  I wonder what Fred Hampton could have become. 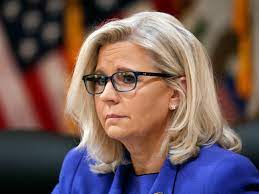 Are you as bowled over as I am about Liz Cheney?  Just the name Cheney still sends shivers down my spine.  And now, even as the shivers remain, I have to add the name Liz and come up with a new reaction.

My friends say that after the hearings she will go back to all of her policies that we despise.  We laugh about whether the few Democrats in Wyoming should cross over to support her.

I just read a thoughtful article by Monica Hesse about the Liz phenomenon.  She puts it all together beautifully.  I am more inclined to add it to the pile of "mysteries of life" which  keep me humble.  Thank goodness they keep me still curious and engaged. 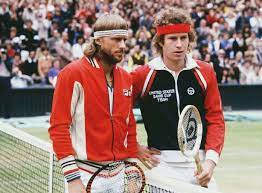 Today is the 42nd anniversary of the Borg/McEnroe tiebreaker.  Some say it was the best conclusion ever to a tennis match.  The lead went back in forth in heart stopping closeness. Okay, I’ll tell you.  Borge won 18-16. I watched every minute and I’m not sorry.

Not sorry?  Why would I say that?  I was a house guest at friends’ beachfront cabin in Michigan.  I was called politely, and then, in rising levels of impatience, for dinner.  Surely it was going to conclude in a minute.  No.  Both players showed their endless skill and determination. My guest status was sealed.

Borge played only one slam after that and retired very young.  McEnroe still laments his decision.

I’m watching Wimbledon  now.  They’ve changed the rules so tiebreakers have to end at 10 points.  If my hosts were still part of my life, I would not have the opportunity to be so rude.

Sammie's Hot Dog Stand was on the corner of Cornelia and Broadway, just a few steps from my apartment.  It was just a cart on the sidewalk, but Sammie had all of the Chicago-Style fixins'.  I was a simple mustard and onions girl.  Years later, I learned that Sammie had been able to retire and move to Florida.  The American Dream.

Doug Sohn, the gourmet hot dog king, was able to penetrate Chicago-Style tradition.  He is still missed by his devoted followers.

For my birthday, my friend Myles promised me a jumbo kosher hot dog fired up on his grill.  Delicious!

And, of course, there is nothing more satisfying than a hot dog at the ballpark while watching a White Sox winner! 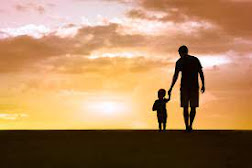 When A Father Dies Young

If I could have my father with me again for one day, how old would I be? Young, I think.  Sitting on his lap or holding hands young?  I think teenage years.  I hope he would be a dad who would encourage his daughter to be her own person.  To seek her own accomplishments and fate.  He would have had to be a rare man to be of that mind, but there were a few of them back then, so it's not impossible.

In the one photo I have of us together, he is wearing a snappy hat and good suit.  He looks satisfied.  Secure enough to let his children know when he is proud of them.  From time to time.

An absent father keeps your dream life close.  Imagination keeps it going.  Removed from disappointment, an absent father lives on as the "good listener."  Not the real father I ache to have had, but still an influence.

The mind has room for everything.

This is from my book Joan Chandler Today. 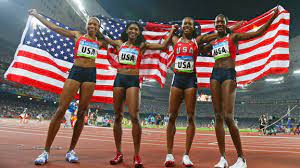 Are you familiar with the concept of "sports-washing?"  (Not to be confused with sports watching.)  The idea is that sports is deliberately promoted by the "powers that be" to distract us from the social and economic practices that would most serve our really important interests.

It goes back to the idea of "bread and circuses."  If the we have just enough to eat, and can be continually entertained, we won't revolt no matter how unfair the conditions of our lives.

So here I am, being "washed" over and over by the NBA playoffs. (Big game tonight!)  I am really clean.  Or, am I? 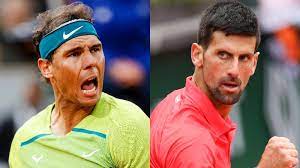 I'm here again to report on another absolutely thrilling event in sports; an all out display of excellence and heart that keeps me (and hopefully, you) away from the edge of despair in these crazy times.

It was only the quarter final at the French Open, but Nadal and Djokovic treated it like another round in the epic matches we've grown to love from "the big three." (Federer is still on the sidelines.)

Is there any sport more valiant than Grand Slam tennis?  Exposed alone.  Matches that extend for hour after hour.

Nadal was down, but never out.  Djokovic was the "bad guy" and expected to win.

Have I piqued your interest enough to check on the result?

Joan Chandler
For many years, I've had a great relationship with the written word as an advertising copywriter, and free-lance writer. Now that I'm retired, I enjoy commenting on the passing parade, sharing news about family and friends, and passing along links to interesting sites. My book, JOAN CHANDLER TODAY, is available at lulu.com.